The system manager role is supported by the system architect role and system offering architecture. 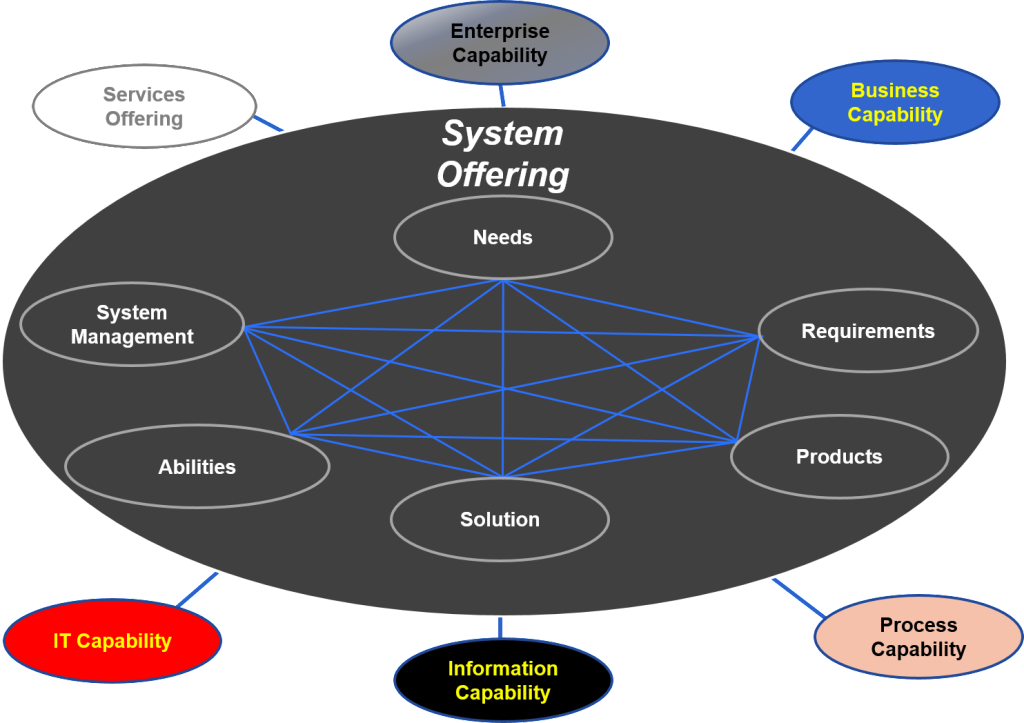