The system architect role as a team member has inter-dependencies with other team members and what the others do. With the knowledge of how everyone fits in and the setting of expectations between everyone, the team will be a team and will be able to best utilize the talent of the individuals.

As shown in Figure 72 – System Architect Concept Diagram, the system architect role has architecture responsibilities for 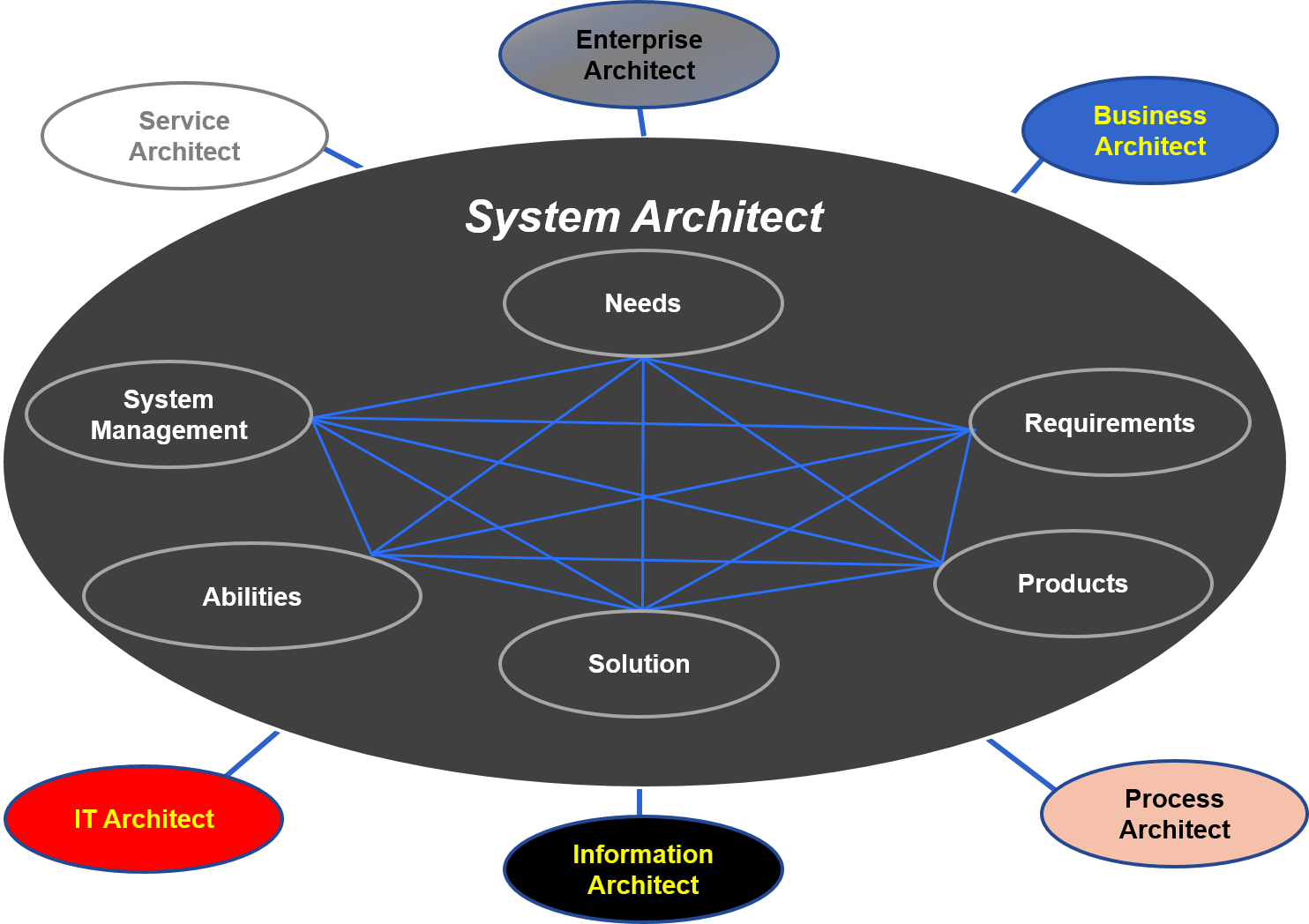