The system manager role is supported by the system architect role.

The system manager role is a managerial role on the enterprise architecture team and has interconnections and interdependencies with all team members and what the team members do. With the knowledge of how everyone fits in and the setting of expectations between everyone, the team will be a team and the enterprise manager role will be able to best utilize the talent of the individuals.

As shown in Figure 36 – System Manager Concept Diagram, the system manager has management responsibilities for 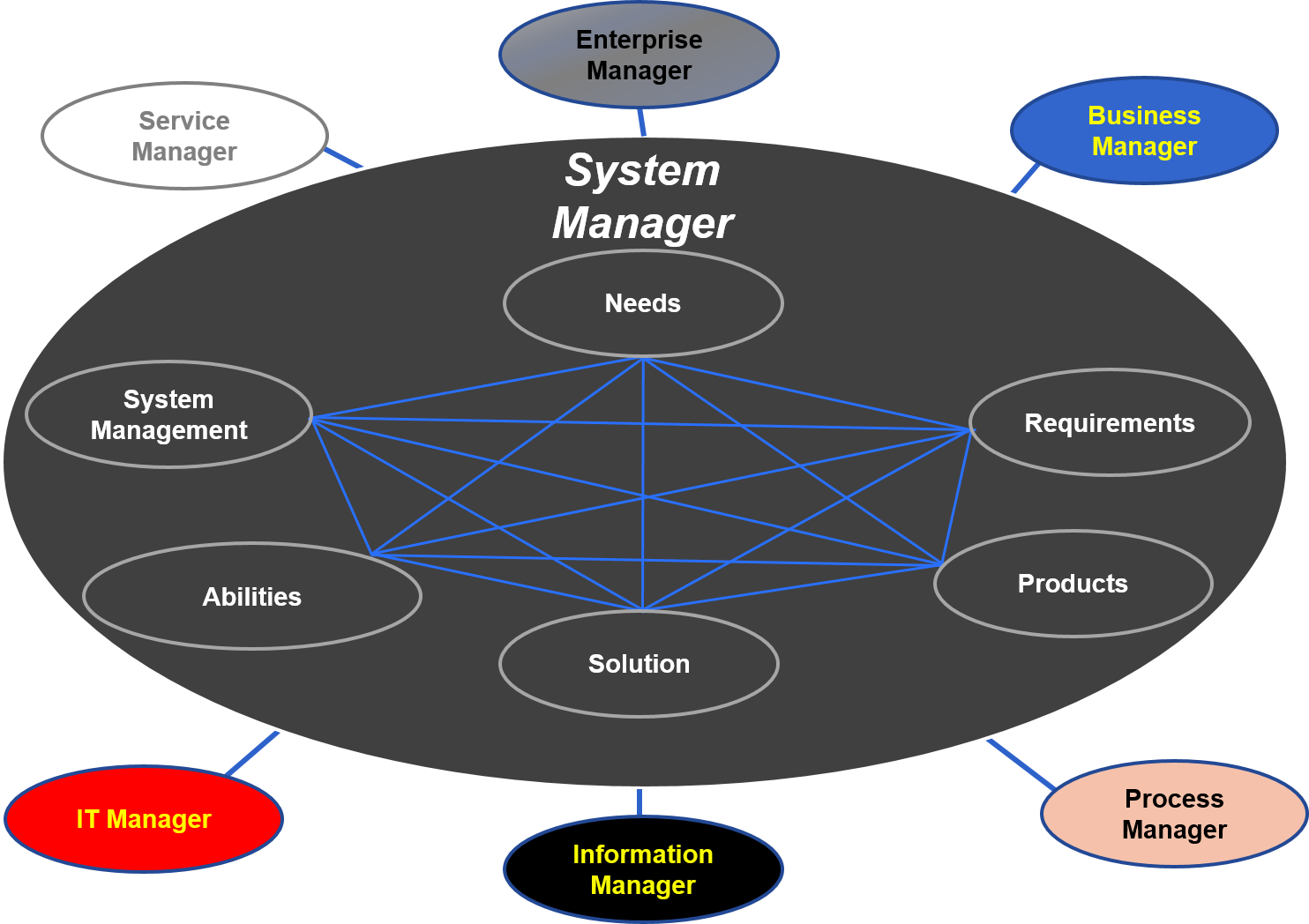